Grammy - nominated and three - time Latin Grammy - winning artist Carla Morrison has had an explosive year following the release of her highly anticipated album, El Renacimiento , via Cosmica Artists . Her first project in over 6 years, it arrived to large worldwide critical acclaim and has solidified Carla’s rightful place alongside today's biggest superstars within the pop arena.
El Renacimiento chronicles her journey of healing from loss and retur ning to music and serves as her artistic reemergence and rebirth. Although her style is still rooted in her beloved acoustic - heavy sound, the project showcases her ability to effortlessly venture into a larger pop realm with versatility and depth.
Carla remains one of the most pivotal artists of the past decade with her art surpassing the boundaries of the Latin space resulting in a global, devout following and large cultural impact. She was recently featured on projects by Ricky Martin, J Balvin and Nick y Jam , the latter of which sampled her song "Disfruto" on his explosive track "Desahogo. "
Overall, Carla has accomplished monumental feats that many Latinx artists were not able to achieve in the United States before the Latin music explosion (pre - “Despa cito”), ultimately breaking down boundaries for many artists today.
Doors 6pm
Show 8pm 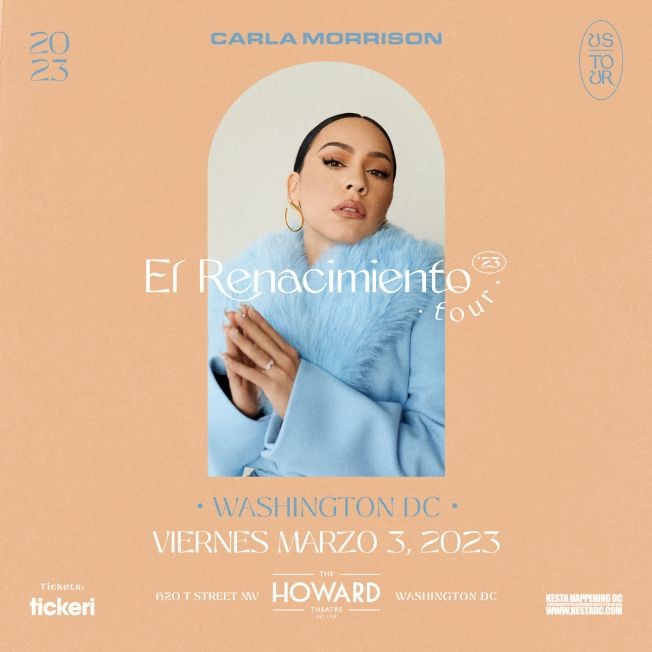