NYC NYE Midnight Pass Crawl Bar Hop Pass the NYC Best Holiday Venues in Midtown & more!
Tickets for an All Access Bar Crawl Pass for 25$ and it includes admission to any of the following venues:

Haswell Green - after 130am

ALL locations above with one ticket

MORE COMING SOON!
Notables:
Santa New York All Access Bar Crawl passes MUST be pick up at LIBERTADOR before attending the other venues. LIBERTADOR  will be the starting point from 10 pm & on til 7am. Once you checked in and got your wrist band you will have access to the other Bar Crawls which are all very close walking distance to each other.
FAQ:
what do I get with this ticket?
This wristband will give you access to venues who are participating in our Santa Mile Pub Crawl. It will give you access to exclusive deals & entrances for our wristband holders. *Time restrictions for may apply at some venues*
CUSTOMER WILL PICK UP WRISTBAND AT LIBERTADOR ONLY. NO EXCEPTIONS. DUE TO HIGH VOLUME OF TICKETS BEING SOLD, PLEASE ARRIVE EARLY TO AVOID LONG LINES - ALL SALES ARE FINAL! NO REFUNDS OR RETURNS. YOU ARE RESPONSIBLE FOR FOLLOWING DRESSCODE, ENTRANCE, ATTENDANCE & IDENTIFICATION POLICIES – ENTRY MAY BE DENIED IF GUIDELINES ARE NOT FOLLOWED & A REFUND WILL NOT BE ISSUED IN SUCH SCENARIOS.
Wristband pick up is at LIBERTADOR 627 west 51st on Tuesday December 31st from 10pm on til 7am.
All sales are final. Tickets are non-refundable regardless of attendance. This is a rain or shine event 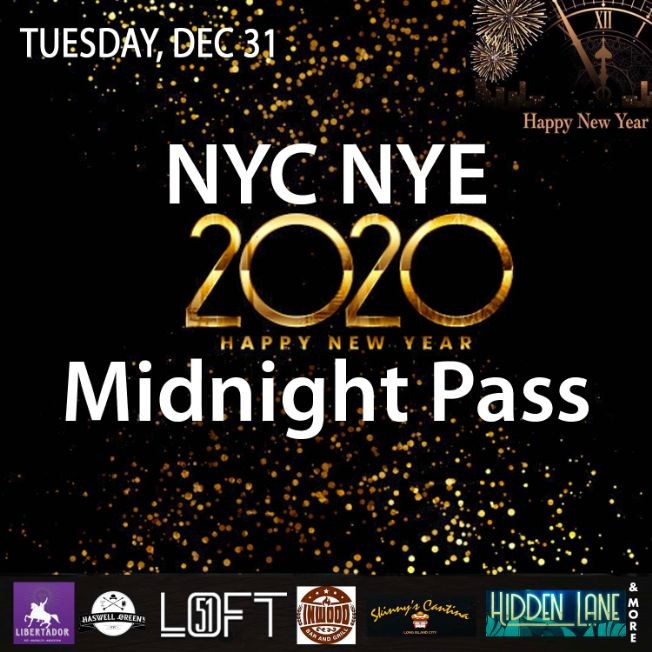 Got questions about this event?